I'm the type of writer that needs complete quiet while creating the brilliance (ha ha), or when the desperate moment arises when husband/children can't seem to tip toe quietly enough for me...I'll play classical music as loudly as my earphones allow.

That is not the music of which I type about now.

This post is about the songs we hear on the radio or on our iPod that create a rapid heart beat and cause a ridiculous ear-to-ear grin to form because we know, with the identical certainty that the sun will rise in the morning...we know that the song playing would be perfect in the movie version of our, as of yet, unsold manuscript (or sold - for the lucky ones).

However, I believe I may have taken it to a new level of kookieness. See...I have the entire soundtrack planned according to key scenes -- all written down, tucked safely in my idea folder. I've always dreamed big.

But there is a song popular right now that when I hear it, I swear to you, I hear my MC's boyfriend's voice singing it to her. Maybe not singing it -- he would never do that -- but definitely dedicating it to her or asking her to listen to it because it's exactly how he feels. And I do that goofy smile thing in my car.

There are a select few of you out there who have read the book of which I speak. It's called OUT OF ORDER.

Have a listen. And if you know who Trick and Ruby are you will smile. I promise.


**Sorry some of it is chopped off. If you find it annoying, you can watch it here: http://www.youtube.com/watch?v=LjhCEhWiKXk&feature=fvst

And I ask the rest of you fine, fine people...what songs remind you of your characters? What songs do you know would be perfect in your movie version?
Email Post
Labels: movie music 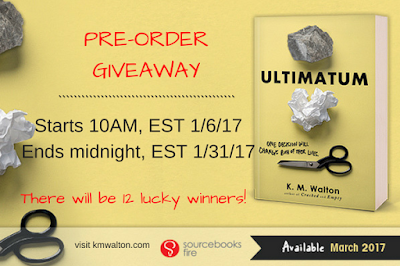